Helios Mylos – A New Way to Harvest Energy from the Sun

Recently, I stumbled upon a pretty interesting and highly promising solar-based technology concept, invented by a Dutch firm: Helios Mylos. The Helios Mylos team believes that the new approach to harvest mechanical or electrical energy from direct sunlight (and other sources) will bring new ways to reduce footprint and help shape the transition away from fossil fuels.

To benefit the environment, this approach relies on simplicity, general-purpose and convenience. Although development is generally a costly endeavor, the team at Helios is pushing this technology forward until the tremendous job is done. That is why they call for reinforcement by people working in scientific & technological areas, as well as acceptance by businesses and governments. 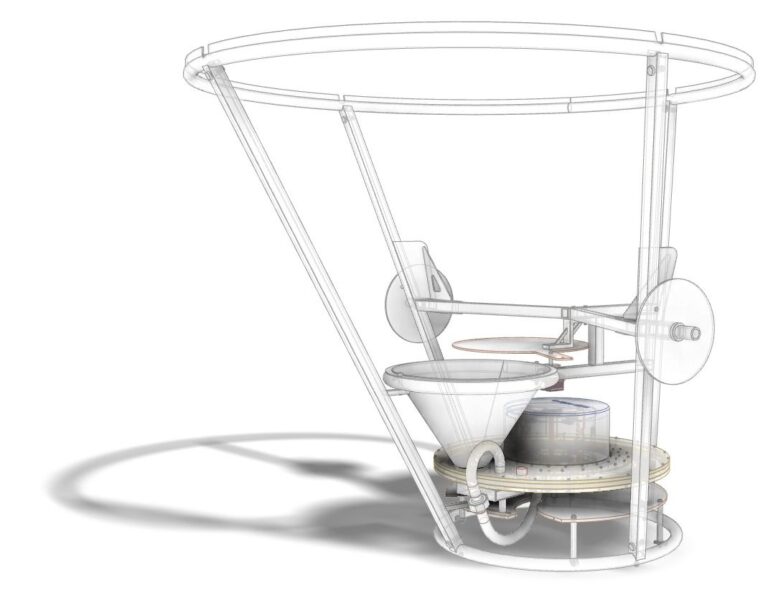 In total perspective, the Helios Nova theoretical model shows a big reduction in the need for fossil fuels when using our system in this manner. It requires some imagination and thought to let our system sink in, and when it does, it also shows a promising 64% efficiency in full capacity when its collecting and storing the heat energy from direct sunlight. The decision to produce physical and measurable proof, and lately, the declaration of our proof of concept apparatus called “The thermomagnetic egg boiler”.

The aim of Helios is to learn about the maximum obtainable torque/rpm ratio per unit material-temperature. According to a few scientific reports this ratio is small and very inefficient, less than 1 percent! They believe that there is a misconception about the process and depth of understanding. Tests investigate these “findings” and compares them with the reality. The researchers of Helios work for truth and knowledge and that is our sole motivation behind the intricate process we call “TDRM”.

We’ll keep following this gradually developing concept – an innovation of world-proportions – with great interest and keep you posted upon newsworthy next developments!